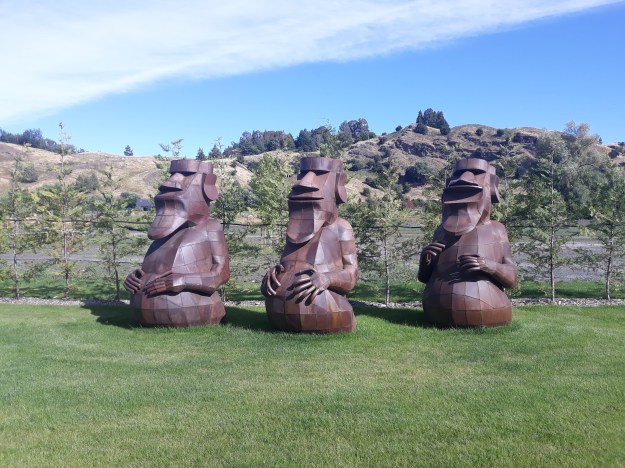 Time for a good yarn up since I haven’t posted for a bit… The rabbits have been busy! Even though the people around Otago haven’t noticed due to the massive amount of grass around they are there, now the grass is dying off all is being revealed which is a lot of rabbits. HAha, they fooled the people again.
If I’d had an offsider to take a photo the day I got this pic it would have been four fat bastards in a row! The art work just keeps coming,some very cool and some has me scratching my head. 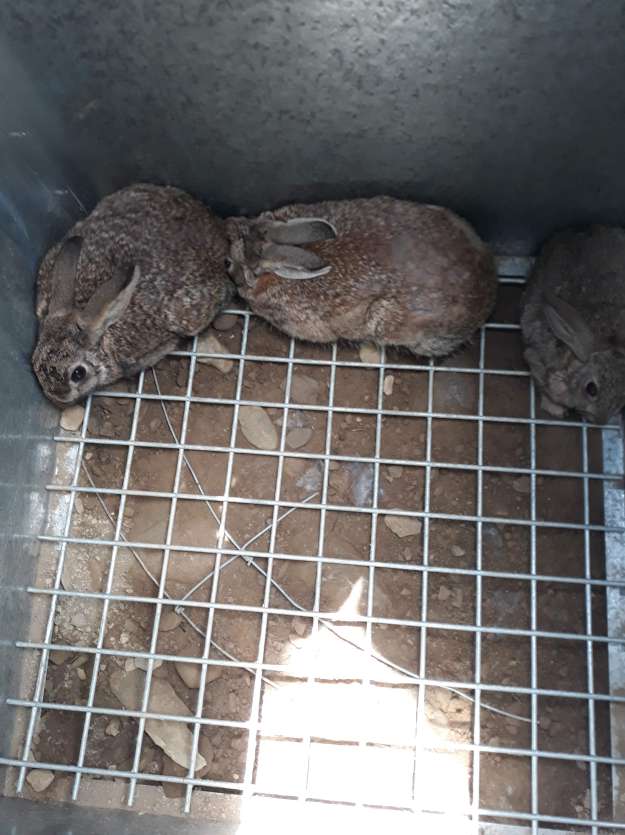 The rabbits above were caught in a drop trap, very effective method if you have good fencing. The photo below is one days catch from two drop traps. 35 rabbits in that pic. 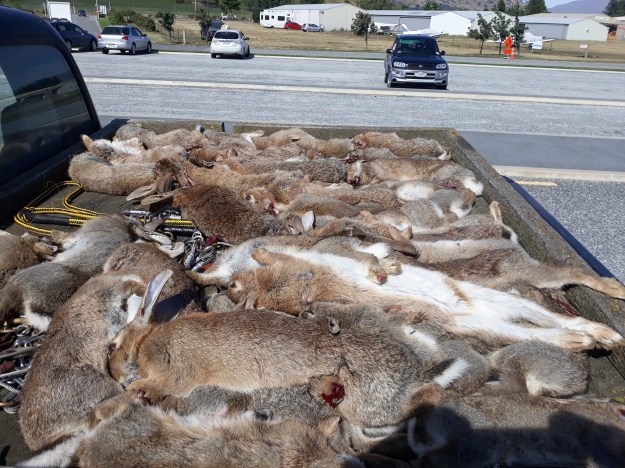 Had a young fella coming out a bit lately, he’s getting right into the swing of this rabbiting thing. Meet Angus.

And to wind this up a photo of Jo relaxing after yet another hard day at the office. 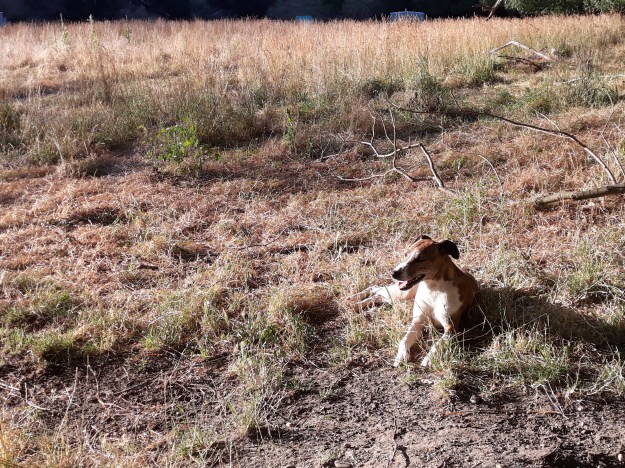